Hierapolis was founded as a thermal spa early in the 2nd century BC within the sphere of the Seleucid Empire. Antiochus the Great sent 2,000 Jewish families to Lydia and Phrygia from Babylon and Mesopotamia, later joined by more from Judea. The Jewish community grew in Hierapolis and has been estimated as high as 50,000 in 62 BC.

The city was expanded with the loot from the 190 BC Battle of Magnesia where Antiochus the Great was defeated by the Roman ally Eumenes II. Following the Treaty of Apamea ending the Syrian War, Eumenes attached much of Asia Minor, including Hierapolis.

Hierapolis became a healing centre where doctors used the thermal springs as a treatment for their patients. The city began minting bronze coins in the 2nd century BC. These coins give the name Hieropolis. It antiquity unclear whether this name apply to the original temple (ἱερόν, hieron) or honoured Hiera, the wife of Telephus, son of Heracles and the Mysian princess Auge, the supposed founder of Pergamon’s Attalid dynasty.[citation needed] This name finally changed into Hierapolis (“holy city”), according to the Byzantine geographer Stephanus on account of its large number of temples.[citation needed]

In 133 BC, when Attalus III died, he bequeathed his kingdom to Rome. Hierapolis thus became part of the Roman province of Asia. In AD 17, during the rule of the emperor Tiberius, a major earthquake destroyed the city.

In the year 60, during the rule of Nero, an even more severe earthquake left the city completely in ruins. Afterwards, the city was reconstruct in the Roman style with imperial financial support. It was during this period that the city reach its present form. The theatre was built in 129 for a visit by the emperor Hadrian. It was renovated under Septimius Severus (193–211). When Caracalla visited the town in 215, he give the much-coveted title of neocoros upon it, according the city certain privileges and the right of sanctuary. This was the golden age of Hierapolis. Thousands of people came to benefit from the medicinal properties of the hot springs. New building projects were started: two Roman baths, a gymnasium, several temples, a main street with a colonnade, and a fountain at the hot spring. Hierapolis became one of the most prominent cities in the Roman Empire in the fields of the arts, philosophy, and trade.

During the 4th century, the Christians filled Pluto’s Gate (a ploutonion) with stones, propose that Christianity had become the dominant religion and begun remove other faiths in the area. Originally a see of Phrygia Pacatiana,[7] the Byzantine emperor Justinian raised the bishop of Hierapolis to the rank of metropolitan in 531. The Roman baths were transformed to a Christian basilica. During the Byzantine period, the city continued to flourish and also remained an important centre for Christianity.

The ancient city of Hierapolis is located on a 200 meter high terrace of limestone deposits amid a wonderland of mineral water pools and petrified limestone waterfalls. The ancient city overlooks the modern town of Pamukkale in Turkey’s Inner Aegean region. Founded as a thermal spa in 190 BC by Eumenes II, the King of Pergamon, the city was most likely named for Hiero, the wife of the legendary founder of the Pergamene dynasty.

The theatre at Hierapolis was built in the second century AD under the Roman Emperor Hadrian during a period of extensive rebuilding following a devastating earthquake in 60 AD. It was later renovated under Septimus Severus (193-211 AD). At this time, the scaenae frons was modified and decorated with elaborate limestone and marble carvings. Although the exterior is relatively unassuming as viewed from the front, the interior contains one of Anatolia’s most complete and best-preserved collection of Greco-Roman theatre decorations.

In 343 AD the scaenae was renovated and the orchestra was altered so that it could hold aquatic displays. In the later years of the Roman Empire the orchestra was converted into a cellar. Renovation work since 1977 has restored many of the arches and a portion of the stage floor. Prior to this date, the stage as well as its arched support system lay in ruins. Recent archaeological evidence shows that the theatre was in use through the 5th and into the 6th century AD. In 532 AD the scaenae, which had been weakened by seismic activity, was repaired.

A massive marble tribunalia dominates the center of the lower cavea. This ornately carved, curved seat of honor spans the width of the fourth, fifth and sixth rows in the central seating section (cunei) and was reserved for priests, dignitaries or other honored guests..An inscription in the first diazomata reads, “Hierapolis, foremost land of broad Asia, mistress of the Nymphs, adorned with streams of water and all beauty.” The scaenae frons had five doors and six niches for statuary. Ten elaborately carved Corinthian columns in front of the scaenae frons were decorated in marble with seashell motifs. The columns supported detailed entablature (architectural element consisting of a horizontal beam, a frieze, and cornice). The stage was supported by a series of stone arches which provided a corridor beneath the stage floor.

The theatre at Hierapolis has some of the best-preserved decorative features of any theatre in Turkey. Several decorative friezes from the elaborate scaenae frons have survived intact. One shows Emperor Septimus Severus in procession with his family and the gods, with an inscription and dedication. Another illustrates the life of Dionysus, from his birth through his journeys in Asia. He is depicted riding in a carriage pulled by leopards, with an entourage of satyrs, sileni, and bacchantes, as well as the gods Pan and Priapus. The third frieze shows a procession and sacrifice to the goddess Artemis and the punishment of Niobe and her children by Artemis and Apollo.

The Temple Of Apollo

Apollo was the most important god for local people. An honorary temple was built in front of the theatre for him. Because of the rock mass at the back of the temple which was dig it assumed that there were large steps to reach the temple of Apollo.

Doric style marble columns which have advanced quality than main street columns were used for the temple. Local people believed that Apollo and Artemis met here.

A estimate center and the gate to the hell have been also found near the temple.

The thermal water in the Antique Pool is very important for human health besides the earthly goods and historical artifacts.

Especially in The Roman Empire period, Hierapolis and its side was exactly a health centre. In that years, thousand of people was coming to the Baths which are more than 15, and they find their remedy in that baths. Today’s Antique Pool was shaped by the earthquake which happened in A.D. VII. Century. The marble portic with Ionic arrangement have been fallen into the spring during the earthquake in VII. Century A.D.

Up to the researchs, the Antique pools water is good for heart diseases, atherosclerosis, blood pressure, rheumatism, eye and skin diseases, rickets, nervous disorders, nervous and physical exhaustion circulatorly problems and furthermore when it has been drank it is good for digestive maladies. And all this benefits shows why so many health centers had been founded sides the Antique Pool from Roman Empire times on.

The water in the termal pool is 36 C°- 57 C°,PH value is 5,8 and radon value is1480 piccocuri/liter. Spa water has its inside bicarbonate, sulphate, carbon dioxide, partly with iron and radioactive combination. And also, the water in this spring is suitable for taking shower and drinking cures, 2430 MG/liter melt metal value.

Somewhere beneath the surface in Pamukkale is a source of water heated by volcanic lava. The water dissolves pure white calcium and becomes saturated with it, carrying it up to the earth’s surface where it erupts before running down the side of the plateau. Cooling in the open air, the calcium precipitates from the water and adheres to the soil, forming hard, snow-white calcium terraces called travertines.

Cooling in the open air, the calcium precipitates from the water, adheres to the soil, and forms white calcium “cascades” frozen in stone called travertines.

The water has been bursting forth at Hierapolis/Pamukkale for more than two millennia. The Romans built the spa city of Hierapolis so citizens could come and enjoy the health benefits of the hot mineral water. The beauty of the travertines was just a bonus.

The water was still pouring freely in floods over the cliffs, refreshing and re-purifying the white travertine cascades. Shopkeepers put bottles of local wine into the channels of hot water, and after a few days, each bottle would be completely coated in pure white calcium.

Most visits of tourists in Turkey where 20 Location

Most visits of tourists in Turkey where 20 Location Judging in terms of tourism, Turkey is really in one of the countries in the world of rare beauty. who blended Surely there are many geographic and cultural wonders and beautiful place to visit on holiday […] 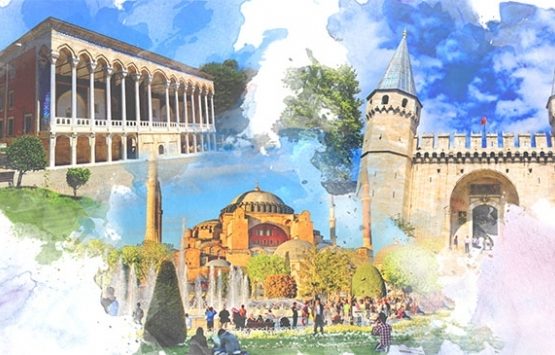 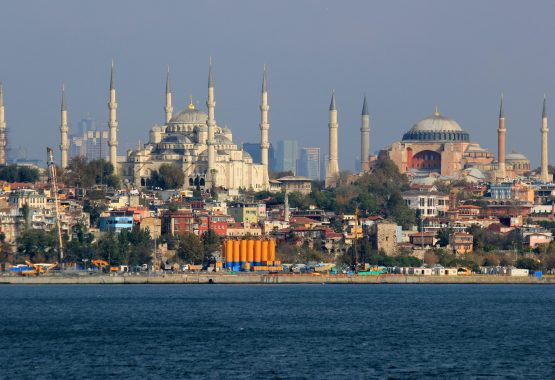 SULTANAHMET CAMİİ (BLUE MOSQUE) About Blue Mosque The Blue Mosque (Called Sultanahmet Camii in Turkish) is an historical mosque in Istanbul. The mosque is known as the Blue Mosque because of blue tiles surrounding the walls of interior design.Mosque was built between 1609 and 1616 […] 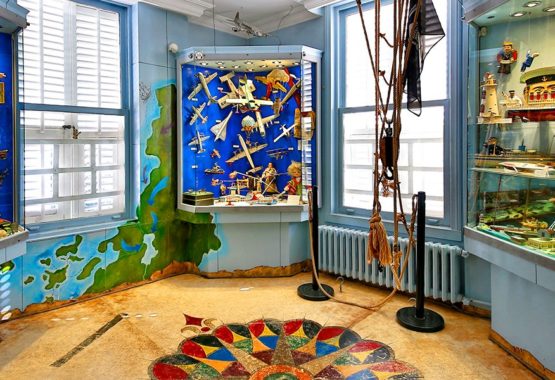